As a treat I decided to let Luca chose where he wanted to go on Saturday.
Right now they are changing their cheques in the banco de chile of kidzania. It's like a little village. Everything is built to a scale. Maybe fifty percent of the real world. 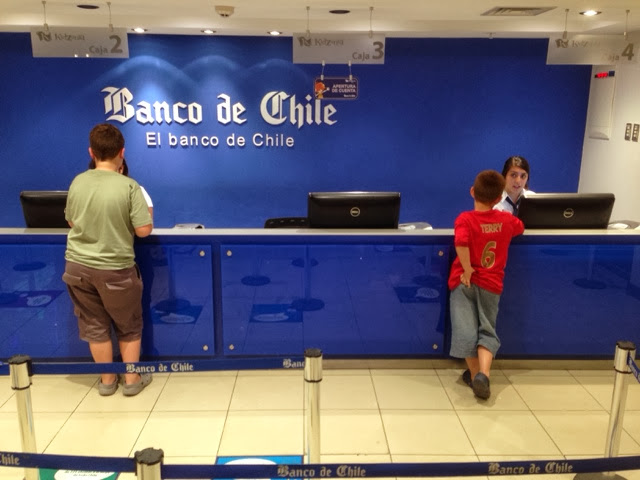 We entered and went to the bank and then they're off. No goodbyes and see you later. They're just off on their own. Being daddies  as Luca said.
So I just met up with Luca. He's now a maintenance guy. He's had to press a button on a clock of something. We found the clock together. Then we saw Indy. He is taking money around the place. He's a money security guy. 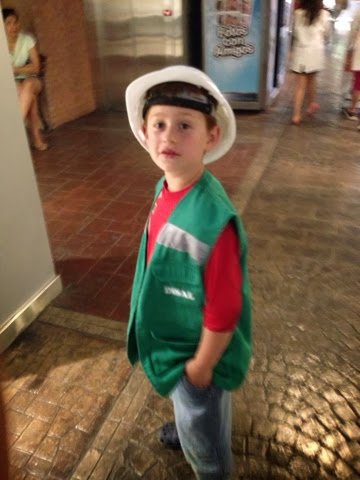 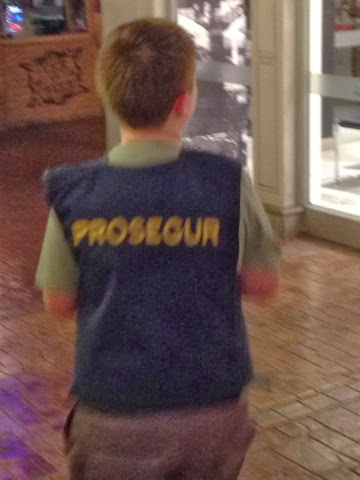 Indy the money guard.
All the shops are all makes and brands and names from Chile. The place is kind of fun. But very brand orientated. If I was a bank I would pay to have my branch here. Once you lock somebody to a brand they can stay quite a while.
And I just got told off for setting up the pool table. It's only for kids. The "I am a kid" didn't wash with the woman telling me off.
Just seen Luca being a detective. I was trying to do something illegal but couldn't find anything illegal to do. Anyway he noted down my name on his arrest form. 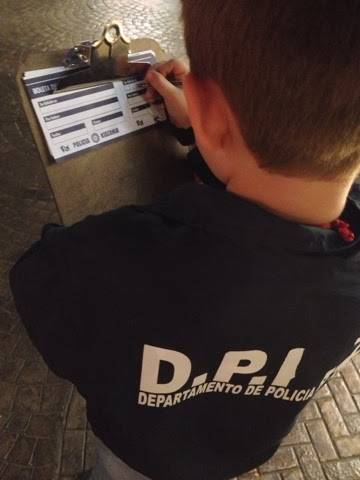 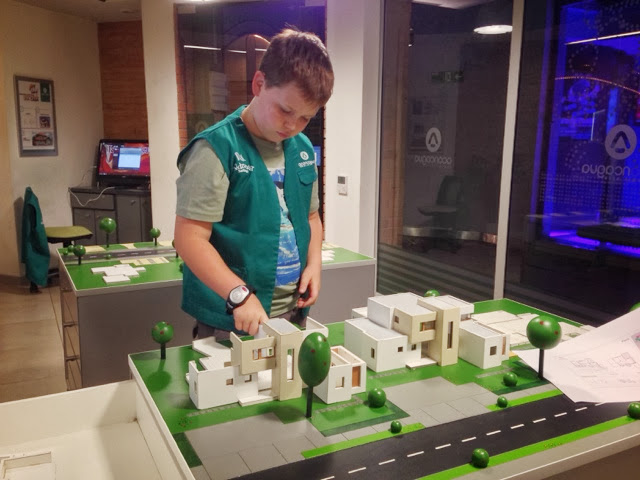 Indy was just being an architect and putting a house together.
It's actually all very interesting.
Lots of time has gone bye. I was just following Luca around. He's now in the entel shop. I notice we the parents are all taking photos of our children doing grown up things. Even the most mundane of jobs we wouldn't want to do. I am trying to understand what this place is for and how it works. Mini-world.
Luca has just been a dentist and Indy is now making my sushi.
We did four hours in total and we were all tired. But a good afternoon was had.
Posted by IanWalkerSmith